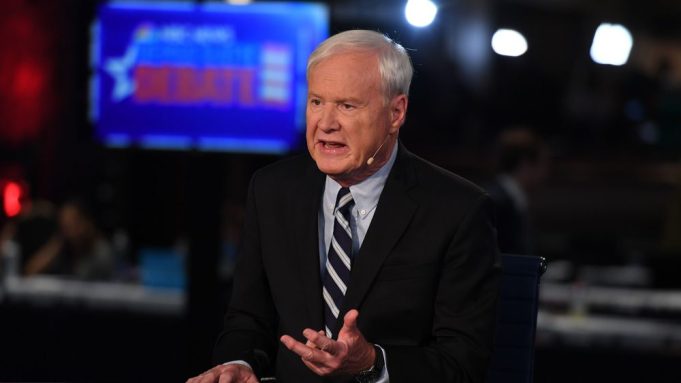 MSNBC host Chris Matthews is accepting all penalties for looking at Democratic presidential competitor Sen. Bernie Sanders’ success in the Nevada assembly with Nazi Germany’s defeat of France in 1940.

Matthews showed up on the cable network’s coverage of the essential as Sanders was anticipated to win and said with the triumph Sanders was the Democratic front-runner and the race was “pretty much over.”

“I was reading last night about the fall of France in the summer of 1940,” the 74-year-old “Hardball” host said Saturday. “And the general calls up Churchill and says, ‘It’s over,’ and Churchill says, ‘How can it be? You got the greatest army in Europe. How can it be over?’ He said, ‘It’s over.’”

Numerous individuals reviewed that Sanders had lost family members in the Holocaust.

“Chris Matthews just compared Bernie’s victory in Nevada to the Nazis taking control of France,” Justice Democrats wrote in a tweet. “Incredibly offensive thing to say about someone from a family of holocaust survivors.”

“It is unacceptable that Matthews is making comparisons between Bernie Sanders, whose family was murdered by Nazis, to Nazis.@HardballChris needs to retire. Immediately,” he wrote on Twitter.

“Never thought part of my job would be pleading with a national news network to stop likening the campaign of a Jewish presidential candidate whose family was wiped out by the nazis to the Third Reich,” he wrote in a posting. “But here we are.”

It’s not the first time Matthews has been incredulous of Sanders, a self-depicted “Democratic socialist,” and his political views.

Reacting to Sanders’ appearance at the Democratic essential discussion in New Hampshire not long ago, Matthews denounced the evils of communism.

“I have my views of the word socialist and I’ll be glad to share them with you in private and they go back to the early 1950s,” he said during a panel discussion on MSNBC after the debate.