Simone Di Matteo – The Irreverent out of the chorus 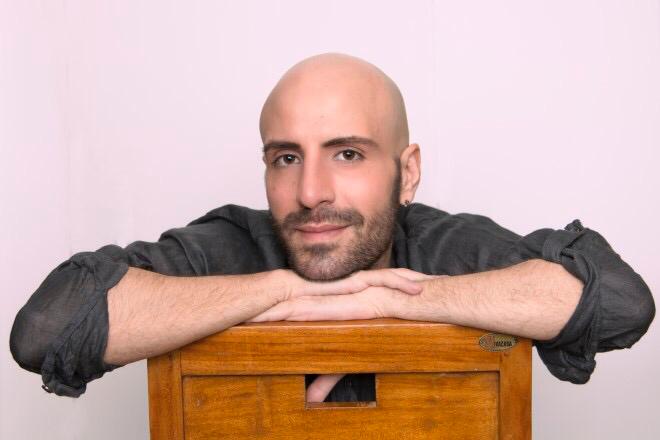 Simone Di Matteo, born in 1984, author, editor of DiamondD EditricE  and graphic illustrator, is among the youngest Italian publishers. It is known to the public not only for its varied literary production, but also for its television appearances. Writer repeatedly lent to TV, we saw him alongside Tina Cipollari in the fifth edition of the reality on the road of Rai2 Beijing Express – The lost civilizations in 2016, with whom he formed the inimitable duo of #GliSpostati. We have also known him for about three years as L’Irriverente, the most ruthless and least pimping commentator on the small screen, through which he take care of the satirical columns of the same name, among the most widely read, shared and commented on the web of the Italian publishing panorama, within which he comments on the world of television, social networks, and the characters that populate it, without any fear, with that pinch of irony that never hurts. We reached him by phone, and he told us about his latest projects.

1) For some time curious a new ad entitled “Despicable Me” on the fortnightly Io Spio. Are you really so ruthless?

I want to make it clears that I am not a bad or brutal person at all, contrary to what one would like to think. I consider myself simply realistic, one who says what he thinks without filtering anything, at the cost of confirming unpopular. I just observe and comment on what TV has to offer, the glossy world of VIPs and its background, without neglecting social media and our contemporaneity. We recently celebrated the anniversary of April 25, the Liberation Day, despite the true freedom, in my opinion not modest, we do not know anyone because not everyone is able to wear a mask. Freedom is being yourself on any occasion, and I am.

2) In your address books you always take the side of women. You recently launched yourself against Vittorio Sgarbi about his attack on Barbara d’Urso …

I am always a favorite for women, those intelligent and with character, sooner or later who have not had help from any man or woman of power, who are made by themselves and necessarily all included in themselves. I had pleasure of meeting Barbara d’Urso personally, guest of one of her programs, and I can tell you that she is a conductor who, like few others, performs flawlessly, and is unprofessional in her work. I did not appreciate in the least the words used by Vittorio Sgarbi in that circumstances, although it is not surprising with him, above all because they are directed towards a woman and moreover in her transmission. Often it is forgotten, but the term culture, in itself, presupposes education, respect, and care for others, qualities that evidently not everyone possesses as learned as we think.

3) Which other reality after Beijing Express would you like to participate in?

I would participate in any reality, I follow them all from the comfort of my home, I am a passionate viewer. I’m always ready for anything, to embark on a new adventure, nothing scares me. I consider myself a clear person, and who knows it, I have nothing hidden or to be ashamed of, both shy, therefore both the path and my prospects ahead, I will face it without fear. I love challenges and I could live isolated both inside a house and on a deserted island, for several months and with unknown people. Each program can be a highly educational experience that truly tests you.

4) You have been one of the protagonists of the project “A Fairy Tale a Day, keep the virus away” created by the Italian Red Cross. What is it about?

In a period like the one we are going through, even the smallest of contributions can make a difference. This is a very important initiative organized by the Association of the Italian Red Cross, in collaboration with the Ronciglione – Sutri Committee, which is working hard for assistance, subsidies, and help for those who need it most. The project consists in the creation of a series of videos intended for children, in which a fable must be recited for them with the aim of inviting them to reflect, and open debate with parents also on good values ​​and intentions. In short, a fundamental idea with a high educational value, and for this reason, I thank the CRI for allowing me to be a part of it, I am really proud.