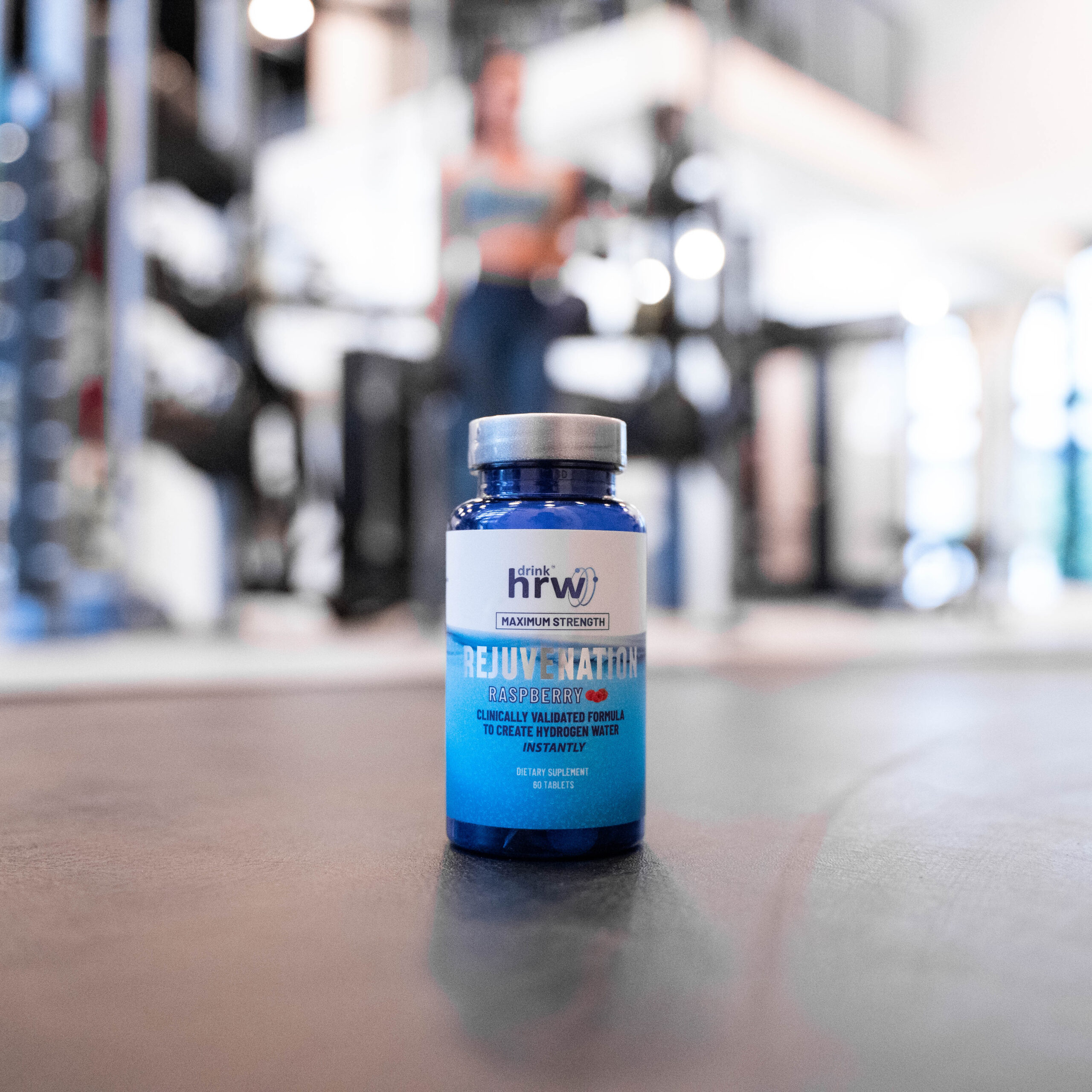 You may not have heard of hydrogen water, but likely, it won’t be long until you’re seeing it everywhere. The first question most have is “What exactly is hydrogen water? Doesn’t water already contain hydrogen?”

It is true that there are two parts hydrogen in a water molecule, but when attached to oxygen, the properties are not the same as when the hydrogen is delivered freely on its own. Basically, you only get the therapeutic benefit when the molecular hydrogen is in its own form, not attached to anything else.  Hydrogen water is simply water that has had hydrogen gas dissolved into it. The product yields a gas-dissolved solution, similar to carbonation which adds carbon dioxide to make sparkling water, with the difference being hydrogen gas is added instead of carbon dioxide. Hydrogen gas does not change the pH of the water and hydrogen water is not the same thing as alkaline water or hydrogen peroxide.

The next question becomes, why would you want to add hydrogen gas to your water? The simple answer is that research on this topic has exploded over the last 13 years, with 1500+ publications and close to 100 clinical trials demonstrating a therapeutic benefit of molecular hydrogen, with the most prominent results being when it’s dissolved in water.

So, what does hydrogen water do for you, and why are hundreds of professional athletes utilizing it for their recovery and health? Molecular hydrogen has shown the ability to help our cells adapt to stress by positively impacting how our cells communicate, driving towards something called homeostasis, a harmonious state where everything is functioning as it should. For athletes this has led to improved performance, faster recovery, and improved health outcomes across 23 published clinical trials and case studies.

When you dive into how molecular hydrogen works for athletes, things get interesting. First, preclinical research has shown that molecular hydrogen first raises oxidative stress during exercising, maximizing the hormetic stress response, but then quickly helps your antioxidant system to jump into overdrive once exercise completes leading to faster recovery. In a nutshell, it is spiking the exercise induced stress we generate while exercising but leading to a faster recovery. This means you’re maximizing the benefits of your workout but recovering quicker.

Molecular hydrogen has also demonstrated to aid in soft tissue recovery,  both when pitting hydrogen water baths against the standard therapy in RICE protocol in a clinical trial that recruited pro soccer players with grade 2 ankle tears and in another case study exploring the benefits of hydrogen water bathing.

Hydrogen water is a promising therapeutic intervention that can provide great benefit to athletes, both in terms of performance and recovery. The questions become:

The answer to the first question is a resounding “no”. Hydrogen water products and technologies can vary in concentration by more than 100x! Imagine getting only 1mg of caffeine, or 50mg of creatine in your supplement! Molecular hydrogen, like virtually every other molecule, has shown a dose-dependent response, with higher concentrations and dosages tending to show a much more prominent effect. It’s important to know your dosage, and it’s also important to ask questions such as: “is this technology clinical validated”, “is this product safe for athletes to use” and “is this product legal for sale in the USA.”

Regarding pro athletes, they tend to have management teams that vet products for them, considering all these questions, before the athletes incorporate them into their routine. Overwhelmingly, athletes have chosen to use Drink HRW’s hydrogen tablets, the brand and inventor who has been featured in Forbes and Forbes India, with dozens of pro athletes across numerous sports endorsing the brand and hundreds of others of pro athletes using the product unofficially.

Hydrogen water is emerging as one of the most promising and important interventions, not just for athletes, but for general health as well. Drink HRW is leading the way in clinical research to further understand how hydrogen water works, when it works, and who will benefit. Source matters, so choose your source wisely.