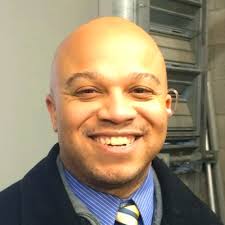 SportsTime Ohio’s Andre Knott is joining WJW Channel 8 as a supporter of the Cleveland Fox offshoot’s sports group. He will keep working at SportsTime Ohio while giving reports and live coverage of Northeast Ohio sports for all Channel 8 stages.

Knott said in an announcement discharged Friday by WJW that “as a graduate of Akron St. Vincent-St. Mary High and Kent State University, I’m truly one of Cleveland’s Own and I’m thrilled to join John Telich and PJ Ziegler on Fox 8.”

Knott is wrapping up his fifth season as a reporter for all Cleveland Indians inclusion on SportsTime Ohio. He is a five-time Emmy champ for his work on Indians broadcasts.

During his tenure at SportsTime Ohio, he has covered secondary school football and the Browns, just as facilitating “Drennan Live.” Before joining STO, he was the Browns Radio Network sideline reporter for a six time (2004-10).

He likewise covered Cleveland sports for WKNR AM 850 and WEWS Channel 5. Despite everything he has a working partnership with WTAM 1100.

Knott and his wife, Jennifer, live in Wadsworth with their kids, Isabella and AJ. He was an All-Ohio running back and four-time letter champ in baseball at St. Vincent-St. Mary in Akron.

Landon Bonneville, a Baseball Star in the making

Novak Djokovic ouster from US Open is not justifiable, says Kanthi D Suresh

Brandon Rembert: 5 Things to Know About the Alcorn State Outfielder

Power Sportz set to roll out its League division, Global sports properties on the anvil